Having just moved to one of the cities mentioned in this novel I’ll admit to a brief twinge of fear as I listened to this audio book. I’ll Be Gone in the Dark pulls no punches as to the details of the crimes committed by the East Area Rapist/Original Night Stalker now Golden State Killer in the late 1970s into the 1980s. I was aware of this serial killer prior to this books creation and therefore was intrigued by its release. However, my hopes diminished quickly at knowledge of the sudden and unexpected death of the book’s author, Michelle McNamara. Having your work, especially a project you’ve been working on for upwards of a decade, be handed off to another voice after you can no longer complete your vision can leave any hopeful reader feeling antsy. This was me as I purchased the audio book from audible.

The book has three parts and the voice that makes up the prose is so distinct that even if the book had not told me each time the author changed hands I would have picked up on it.

GOOD POINT: McNamara was a damn good crime writer, I’ll give her that. She was also a unique writer, which made it easier to spot when it was no longer her telling her story. This was hard to grapple with as it very much pulled me out of the narrative. I had to back track numerous times when the transitions occurred because, though her lead researcher may be brilliant in breaking down clues and leads, a writer he is not. I almost wish that the team who had finished her novel had brought in a ghost writer, just to make the transitions smoother.

Part one is primarily written by McNamara and she draws you in instantly with the chilling details of some of the fifty plus crimes committed by GSK. Listening to the audio book was very much like listening to one of my favorite true crime podcasts. It told a nail biting story and gave you all the gruesome details you would expect from the reports of such horrid crimes. It is unfortunately here that my unwavering praise for the book ends.

Though they claim that the book was half finished at the time of McNamara’s death, I have a hard time believing that. I think far less was complete and the rest was quickly assembled from haphazard notes and research that McNamara had conducted. The shifts in the book are telling and this is why I have a hard time believing this statement. This doesn’t mean the book was horrible, in fact it was fairly average as far as true crime novels go, but I am saddened at the prospect of how great it could have been had McNamara herself finished it.

Aside from her interactions with police and other people linked to the many cases surrounding GSK and a few factoids about her own childhood and what led to her chasing this killer, there really isn’t much more to it. Instead of moving forward with her story, it appears the new writers decided to go the route of repeating what McNamara had already included in her book, but word it in a slightly different way. This made the book repetitive and ultimately not as heart stopping as one would hope. 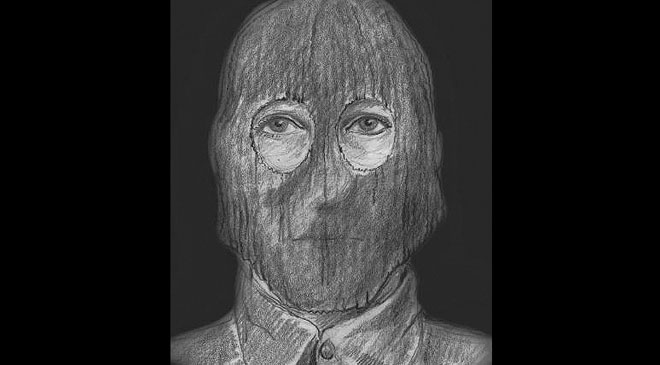 GOOD POINT: The details given of the few crimes mentioned were fantastic. I would suspect that those who are not used to true crime would have difficulty reading it, but for me it was just master storytelling. I do wish that other crimes and victims had been included as well. For a crime spree that included fifty sexual assaults and thirteen murders the police reports and evidence would be vast and it seems that McNamara would have had information pertaining to more than what was mentioned in the book.

Part two deals primarily with McNamara’s interactions with police and detectives linked to GSK. I applaud her for taking initiative to go out and traverse the neighborhoods where these crimes took place. Even decades later the haunting memories remain and you can feel them come off the page as you travel with McNamara down these streets. As much as doing something like this would fascinate me, there is a chill that you can’t quite keep from traveling down your spine at the prospect of being in a place where something so violent and cruel happened.

Part three deals with the hunting down of suspects for GSK and what newly developed tools and tips are being used to find him. There were many who speculated and even insisted that McNamara’s book was the reason that earlier this year a suspect, Joseph James DeAngelo, was arrested and charged with the crimes of GSK. After listening to this book, I would have to go on the side of the naysayers.

While McNamara did loads of research and helped keep the case in the public eye, in no way was her book the clincher in cracking this case. The only big contribution she did was give the killer an all encompassing name by labeling him the Golden State Killer; as his crimes spanned the entirety of the state of California. While the skillful use of DNA that ultimately led to the arrest was briefly mentioned in the book, I get the feeling that this was already being rigorously worked on by law enforcement. McNamara had made friends of investigators, but I truly don’t believe that they would divulge everything, especially if they were close to cracking the case. I believe that is what happened and her book just happened to coincide with the arrest.

All in all, this was a decent attempt at a good true crime novel. If one is so inclined to learn about GSK I would say give the book a chance. If you already know about this serial killer chances are you won’t learn anything new in regards to the case, but the information is sound and still interesting. The only bit that was new to me was how they managed to use the DNA that ultimately led to JJD’s arrest. I had been curious about this as I had assumed the process in which they obtained JJD’s identity was skirting the line of “allowable” by law enforcement based on the 4th amendment. It came as a nice relief to find out just how they went about it.

You Should Also Read:

Book Review: The Colour of Magic by Terry Pratchett

The Colour of Magic (The First Discworld Novel) by Terry Pratchett

This site uses Akismet to reduce spam. Learn how your comment data is processed.

Buy me a coffee!